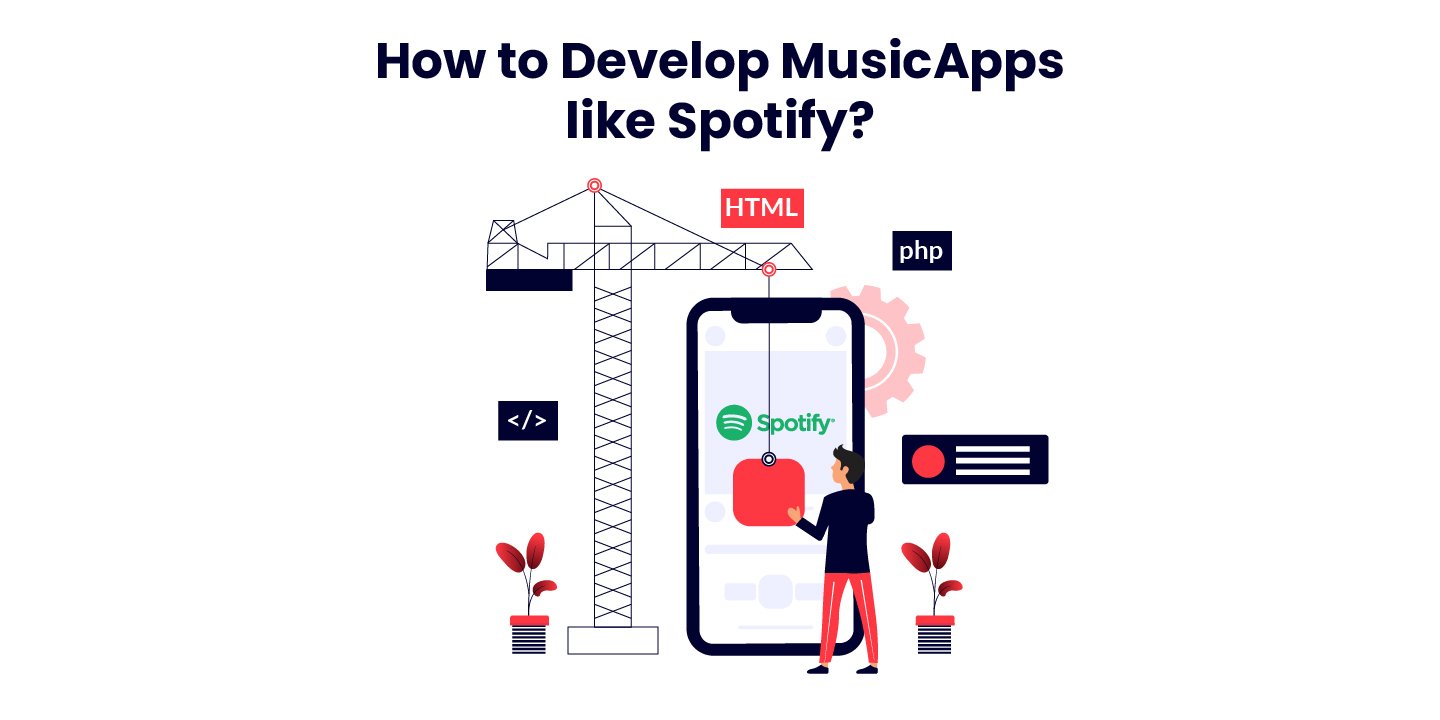 What is a Music Streaming Application?

Spotify gives you access to millions of songs, podcasts, and videos from artists all over the world, just like Apple Music. The most attractive aspect of Spotify is that it allows you to access content for free just by signing up with an email address or by connecting to Facebook. The key differences between Spotify Free and Spotify Premium are explained in our separate feature, but as a quick summary, Spotify Free is free but ad-supported, just like radio stations. Despite the fact that Spotify is accessible on PC, laptop, and mobile, Spotify Premium is required to use the full service.

Why Music Streaming Apps is a Profitable Business Idea

In the fast-moving life, no one gets time to download music and then listen to their favorite tracks. On the other hand, these days everyone prefers to choose fast and quick music streaming apps like Spotify.

Though there are many other such applications available in the market, Spotify has a special influence on the people. Since a lot of great features are available on the app, people highly prefer Spotify. As a result, developing a similar app is a great and successful idea.

As mentioned above, there is huge competition in the music streaming industry. However, Spotify shares the largest share in the market among others. The major reason behind the success is the simple features, fast search, quick and smooth streaming. Conversely, other sound streaming applications are not that effortless. Also, not to forget the marketing strategy of Spotify. The right marketing plan towards the targeted audience is key to success in the digital world.

How does Spotify Works for Music?

Spotify is renowned music streaming application globally. It helps to listen, play, download the music & podcast, etc. online as well as offline. The best advantage of Spotify is that it doesn’t require much space. However, it’s a more convenient and advanced way of listening to Music.

Have a look at how the Spotify Music Streaming app Works: –

In a fast-moving life, generally, people find the best possible ways to eliminate boredom. Music is one of the best ways to replace boringness and cheer up the mood. In fact, Music always gladdens up every situation and uplifts the spirit thoroughly.

Spotify, the music streaming app, follows the best concept. It first stores music. Later, it distributes the stored music to various servers. Since the music streaming app hits the servers for music, it’s a simple yet advanced technique. In addition, the Spotify application pays royalties to authors which is an amazing way of earning.

The Spotify app helps find the perfect music and podcast for every moment, on the phone, computer, tablet, and more.

Spotify has millions of tracks and episodes, so whether you’re driving, working out, partying, or relaxing, you’ll always be able to find the perfect track or podcast. Choose what you want to listen to, or let Spotify make recommendations for the same.

In addition, browse a collection of friends, artists, and celebrities, or create your own radio station and listen.

Premium Services – In the premium music streaming services, users can effortlessly listen to the music without any interruption or ads. In fact, there are many other facilities for the premium user. Also, the user gets access to unlimited music over all devices. Additionally, in the premium services, the facility of temporary music download is also available.

Ad-Supported Services – To the user with a free account, a very limited amount of songs are available and with a lot of interruptions and advertisements. Since advertisers at Spotify are charged a cost-per-click and a cost-per-mile fee, users with free accounts have to face huge interruptions.

Features of the Spotify app

Prior to any app development, it’s important to know and understand the critical features. Without the vital features, it would be quite difficult to compete and win the game in the music app development industry. For music streaming apps like Spotify, below mentioned features are important.

Have a look at the important features of music streaming app:-

Where to Start: Detailed Guide of How to Make a Music App like Spotify

Above in the blog, we have discussed almost every important aspect to develop music streaming apps like Spotify apart from the actual development process. Now, it’s time to dig into detail about similar sound streaming app development. Let’s start.

Objective – For anything, the first and foremost thing is an idea or objective. Everything comes after the goal, once the aim is decided, then start gaining in-depth information. For e.g. search similar applications and check the features. There are many apps available for music streaming from where the reference can be taken such as apple music, amazon music, Spotify, etc. It’s very necessary and vital to summarize the idea correctly.

If we talk about Spotify, it has two license types. Check it out below: –

Development – The most vital part of the development of the application. However, it should be started when everything is nicely and thoroughly planned. The development part comes under execution but it can be only possible to have good execution if the planning is accurate.

UI UX Designing – After the completion or in between the development phase of the music streaming application, start working on UI UX designs.

Tech Stack – In order to develop music streaming apps like Spotify, focus on the technology stack used for the development. For e.g. Python and JavaScript are used for Spotify. Moreover, Spotify uses PHP for the server-side and Java for the back-end. As mentioned above Spotify stores music files on device cache therefore, for this the music streaming app uses Cassandra, PostgreSQL, and general memory caching system.

For the development of the Spotify app, various other technologies are also used. Check them out below: –

Now, the entire instructions of how to develop music streaming apps like Spotify is in front of you. Thus, without any further delay start building your own app for music streaming. In case, you face any issue in between, then consider the blog as everything is elaborated in detail.